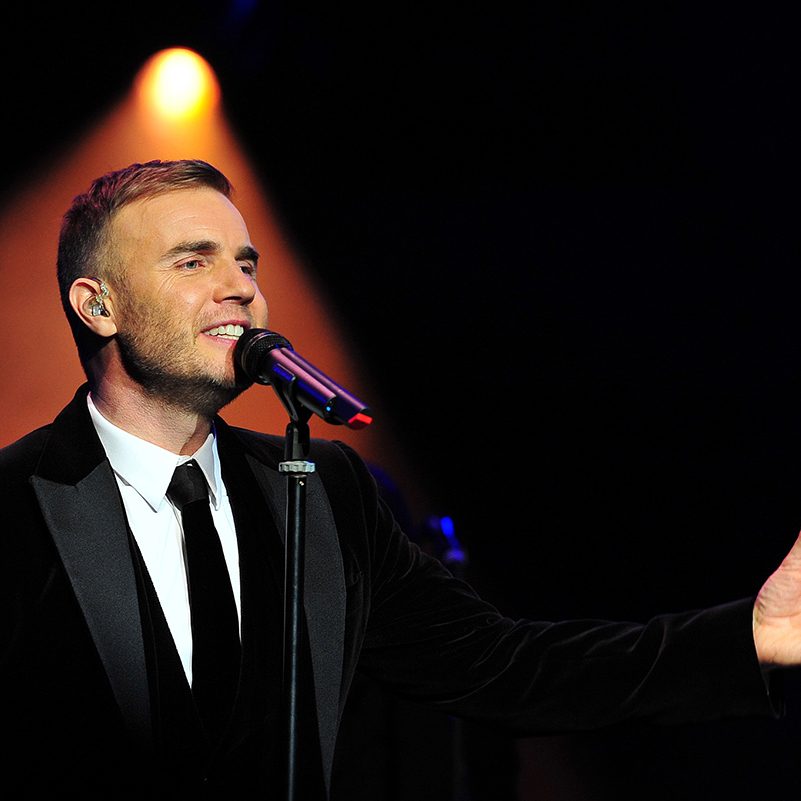 With an eventful career echoing the that took off like a rocket, pop vocalist Gary Barlow, the linchpin of Britain’s biggest-ever boy band, Take That has established himself as one of Britain’s most accomplished songwriters. Born in Frodsham, Cheshire in 1971, Barlow was inspired to start playing the keyboard and spent his early teenage years honing his musical talents. In 1989, he released a single under the name Kurtis Rush before he was introduced to manager Nigel Martin-Smith, who was looking to manufacture the U.K.’s answer to New Kids On the Block.

Considered the main musical talent of the band, Barlow achieved unparalleled success as one-fifth of Take That, scoring eight chart-topping singles, several of which he penned, three number one albums, and an army of fans. In 1996, just three months after the release of their final hit, Barlow appeared with a new buff image and a mature sound for debut solo single, “Forever Love.”

The single reached number one, as did its follow-up, the Madonna-penned “Love Won’t Wait,” and the full-length album, Open Road. In 2005, the success of a documentary recounting the story of Take That, and a new Greatest Hits disc prompted the band, minus Williams, to reunite for a series of live shows, and eventually a new album. Incredibly, they went on to achieve more commercial success than in their ’90s heyday. In 2010, he and Williams recorded the long awaited number two duet “Shame” before they both teamed up with the rest of Take That on the fastest-selling album of the century, Progress.

In 2012, he was commissioned to write and perform the official song of Queen Elizabeth II’s Diamond Jubilee. Co-written with Andrew Lloyd Webber, “Sing” topped the UK singles chart; while the EP of the same name – which included a cover of The Beatles’ “Here Comes the Sun” – became the shortest album to ever hit the UK No.1 spot.

Contact us today to book Gary Barlow for your private party or wedding.