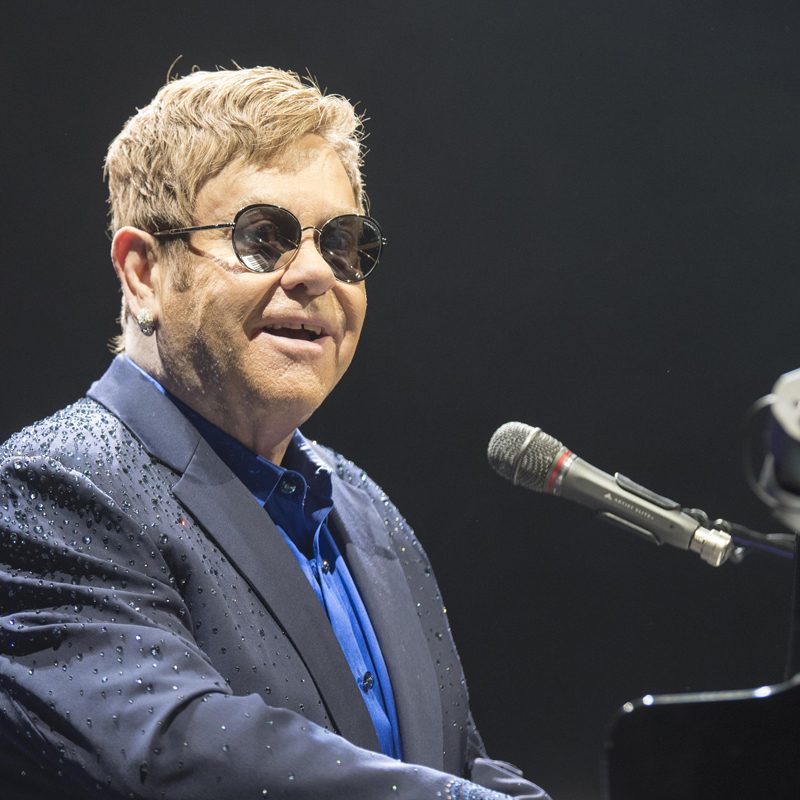 Singer, songwriter, composer and icon Elton John was born Reginald Kenneth Dwight in March 1947. He discovered his passion for music at an early age and taught himself how to play the piano when he was only four years old. Proving to be a great talent, he won a scholarship to a youth program at the Royal Academy of Music in London. In 1967 John answered an ad for a songwriter for Liberty Records. He got the job and soon teamed up with lyricist Bernie Taupin.

John got his first break as a singer with his 1969 album Empty Sky, featuring songs by John and Taupin. In 1976 John hit the top of the charts again with “Don’t Go Breaking My Heart,” his duet with Kiki Dee. John teamed up with lyricist Tim Rice for several projects. They worked together on the soundtrack for the 1994 animated hit The Lion King, and one of the movie’s songs, “Can You Feel the Love Tonight,” brought John his first Academy Award win for Best Original Song. The pair later netted a Tony Award for Best Original Score in 2000 for their musical Aida.

John received a number of honours around this time. In 1994 he was inducted into the Rock and Roll Hall of Fame. Queen Elizabeth II made John a Commander of the Order of the British Empire the following year (The queen knighted him several years later, making him officially “Sir Elton John”).

In 1997, after Diana’s death – he reworked one of his classic songs, “Candle in the Wind”, as a tribute to Princess Diana, with the song’s proceeds going to a charitable trust established in her honour. “Candle in the Wind 1997” proved to be a tremendous success, selling more than 30 million copies that year. Also in demand as a songwriter, John was instrumental in bringing Billy Elliott the Musical to the stage. The show, adapted from the 2000 film, opened on Broadway in 2008, where it quickly became a critical and commercial success. In February 2016 John released his 33rd studio album, Wonderful Crazy Night.

Contact us to book Elton John for your private party or wedding!