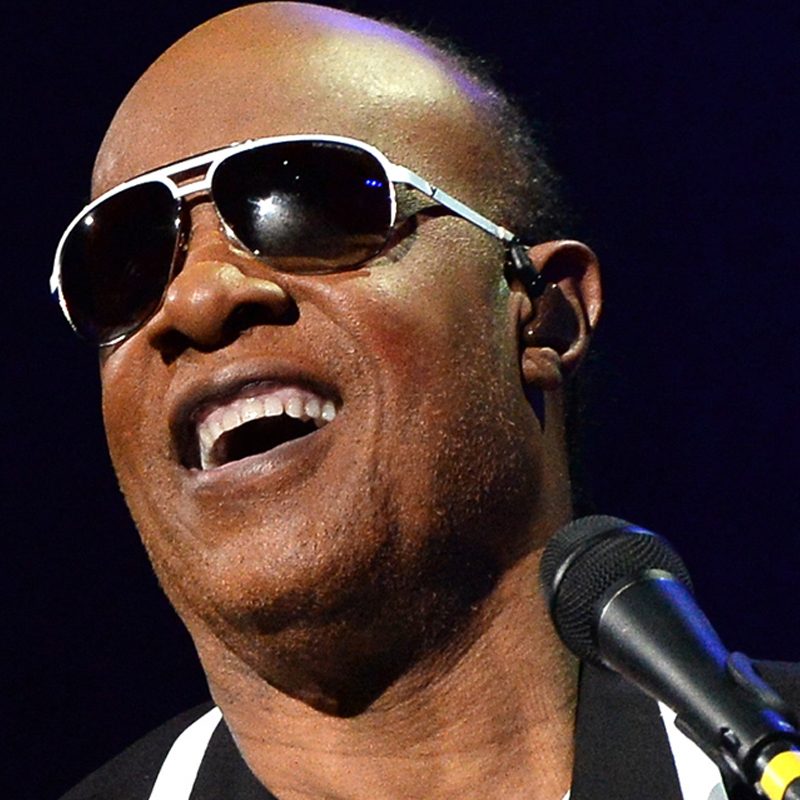 Stevie Wonder was born Stevland Hardaway Judkins on May 13, 1950, in Saginaw, Michigan. Wonder showed an early gift for music, first with a church choir in Detroit, Michigan, where he and his family had moved to when he was four years old, and later with a range of instruments, including the harmonica, piano and drums, all of which he taught himself before age 10. Stevie Wonder was just 11 years old when he was discovered by Ronnie White of the Motown band The Miracles.

In 1962, the newly renamed Little Stevie Wonder released Little Stevie Wonder the 12-Year-Old Genius. The set’s edited single “Fingertips, Pt. 2” became Wonder’s first No. 1 song, reaching the top of both the charts. Wonder scored two more No. 1 R&B hits with a cover of Bob Dylan’s “Blowin’ in the Wind” and the jubilant “I Was Made to Love Her,”. Wonder would remain a consistent hitmaker over the next two decades, with the artist co-producing 1970’s Signed, Sealed, Delivered; the album featured the No. 1 R&B title track. Yet these hits were just hints of what was to come. Over the course of four outstanding albums—Talking Book (1972), Innervisions (1973), Fulfillingness’ First Finale (1974) and Songs in the Key of Life (1976)—Wonder created some of the most indelible songs in popular music history. Talking Book offered two No. 1 hits, the jaunty funk jam “Superstition” and “You Are the Sunshine of My Life”.

Even with this array of accomplishments, it was the double album with EP set Songs in the Key of Life that many have hailed as Wonder’s most legendary project and one of the greatest records of all time. Songs had two pop/R&B No. 1 singles, both uptempo: the Duke Ellington tribute “Sir Duke” and the back-in-the-day paean “I Wish”. Among an array of honours, Wonder captured 15 Grammy Awards during the decade, with Innervisions, Fulfillingness’ First Finale and Songs in the Key of Life each recognized as the album of the year.

In 1982, he teamed up with Sir Paul McCartney for the hit single “Ebony and Ivory,”. That same year, Wonder also released his greatest hits compilation Original Musiquarium I, which featured the hit single “That Girl,” as well as additional hits “Ribbon in the Sky”. In 1984, Wonder released the soundtrack for the Gene Wilder film The Woman in Red, as well as the massive No. 1 pop single “I Just Called to Say I Love You”, Motown’s biggest international hit of all time. The single also won Wonder an Academy Award for best original song. He successfully spearheaded a movement to create a national holiday recognizing the birthday of Dr. Martin Luther King Jr., a celebration he sang about in the track “Happy Birthday” from Hotter Than July.

Contact us to book Stevie Wonder for your private party or wedding!