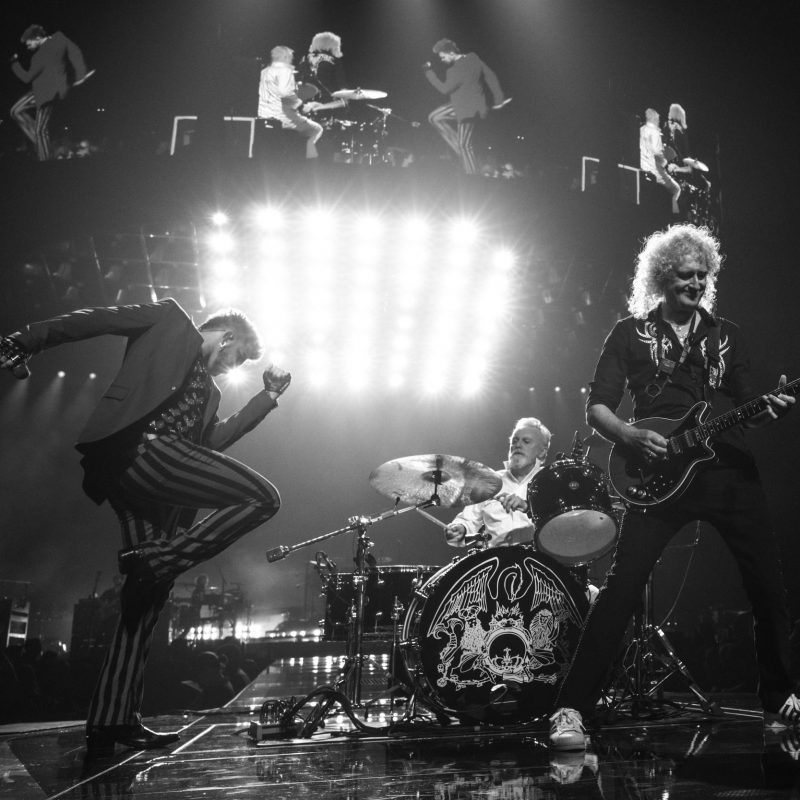 Few bands embodied the pure excess of the ’70s like Queen. Through Freddy Mercury’s legendary theatrical performances, Queen became one of the most popular bands in the world in the mid-‘70s and 80s.

The origins of Queen lay in the hard rock psychedelic group Smile, which guitarist Brian May and drummer Roger Taylor joined in 1967. In 1971, May and Taylor formed a group with Freddie Mercury, the former lead singer for Wreckage. Within a few months, bassist John Deacon joined them, officially becoming Queen. Slowly over the years, the phenomenon started to grow.

‘Bohemian Rhapsody’, became Queen’s signature song and the album A Night at the Opera climbed into the Top Ten and quickly went platinum. Queen were at the height of their popularity as they entered the ’80s, releasing The Game, their most diverse album to date, in 1980. On the strength of two number-one singles – ‘Crazy Little Thing Called Love’ and ‘Another One Bites the Dust’ – The Game became the group’s first number one album.

By 1991, Queen had drastically scaled back their activity, following new of Mercury’s ill-health. The band eventually went their separate ways until The Queen name was revived in 2005. A number of appearances followed before 2011 when vocalist Adam Lambert joined the band and began to tour regularly with Queen.

Adam Lambert, born on January 29, 1982 in Indianapolis, Indiana, is the eldest of two siblings. He and his family moved to San Diego, California, soon after Lambert was born. Lambert dreamed of being an entertainer at the age of 10.

Lambert stepped into the national spotlight in 2009, when he became a finalist on the eighth season of the popular vocal competition show American Idol. His performance of ‘Mad World’ earned a standing ovation from the show’s harshest critic, Simon Cowell. Lambert’s vocal range, along with his jet-black hair and heavy mascara, earned him comparisons to glam rockers like Freddie Mercury.

In the wake of his American Idol showing, Lambert’s debut album, For Your Entertainment (2009), was a huge success, debuting at No. 3 on the Billboard 200 chart. In 2010, Lambert was nominated for his first Grammy Award, for his hit ‘Whataya Want From Me’.

Lambert, who sang ‘Bohemian Rhapsody’ during his audition for American Idol, hit it off with the rockers when they all performed together on the finale. Thus sparked the beginning of a lengthy collaboration between Lambert and the band’s founding members, Brian May and Roger Taylor; Their partnership showing no signs of diminishing, Lambert again fronted for Queen at the 2019 Academy Awards. shortly before they embarked on the Rhapsody Tour across five countries.

Contact us to book Queen + Adam Lambert for your Private Party or Wedding!