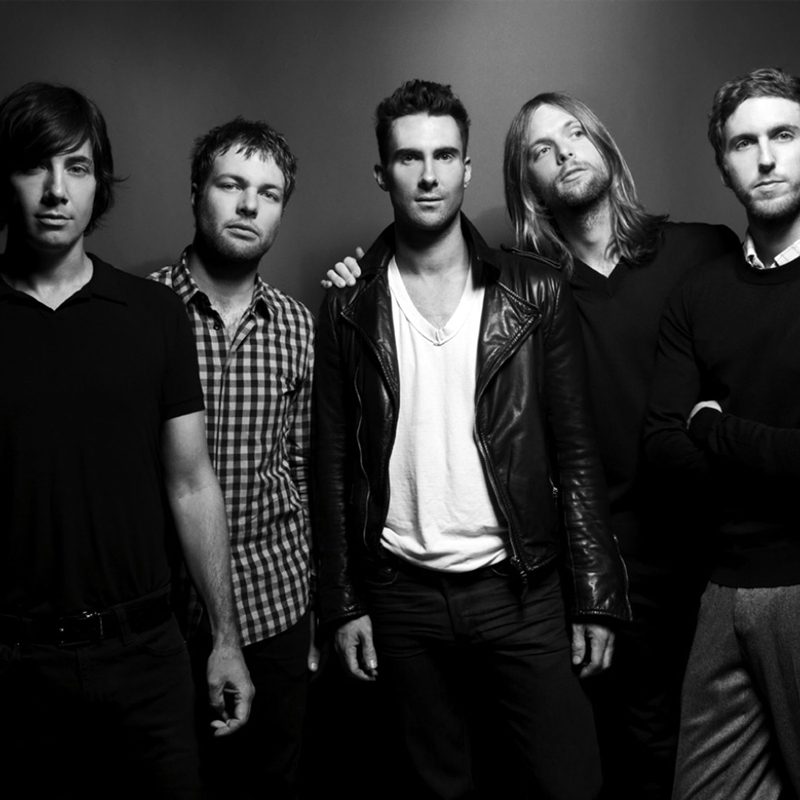 Book Maroon 5 for a Private Performance

Adam Noah Levine was born on March 18, 1979, in Los Angeles, California. He formed his first band, Kara’s Flowers, while attending the private Brentwood School with friends and fellow students Jesse Carmichael, Mickey Madden and Ryan Dusick. The band released its first album, The Fourth World, in 1997, as high school seniors. Kara’s Flowers released one single, ‘Soap Disco’, and appeared on an episode of Beverly Hills 90210, before breaking up. Levine and Carmichael left Los Angeles for Long Island, New York, to attend Five Towns College, a music and performing arts school. Living in New York exposed the pair to an entirely different music scene, involving large doses of R&B and hip-hop.

Levine and Carmichael dropped out of Five Towns and returned to Los Angeles in 2000. There, they reunited with the other members of Kara’s Flowers and added a new member, guitarist James Valentine. The band then changed its name to Maroon 5 and released its debut album, Songs About Jane, in 2002. Two years later, after slowly climbing the charts with hits like ‘Harder to Breathe’, This Love’ and ‘She Will Be Loved’, the album went platinum. Maroon 5 earned their first Grammy Award for Best New Artist in 2004. The band would go on to win Grammys for Best Pop Performance in 2005 and 2007.

Songs About Jane was followed by the successful albums It Won’t Be Soon Before Long and Hands All Over, the latter of which featured the smash hit ‘Moves Like Jagger’. Levine also found success along the way by appearing on other musicians’ albums, working with such superstars as Kanye West, Alicia Keys and Natasha Bedingfield. In 2012, Maroon 5 returned to the charts with its fourth studio album, Overexposed, featuring hits like ‘One More Night’ and ‘Payphone’ with Wiz Khalifa. Levine and his bandmates went on an international tour to promote the recording. The band continued to enjoy great popularity with its next effort, V (2014). The album contained hits ‘Maps’ and ‘Animals.’

In 2017, Maroon 5 released their sixth studio album with Red Pill Blues, featuring artists like ASAP Rocky, Julia Michaels and SZA. The album hit No. 2 on the Billboard 200 in America and produced the chart-topping singles ‘What Lovers Do’, ‘Wait’ and ‘Girls Like You’. Maroon 5 went on to headline the Super Bowl LIII halftime show in February 2019, which also included appearances by rappers Big Boi and Travis Scott.

Contact us to book Maroon 5 for your private party or wedding!